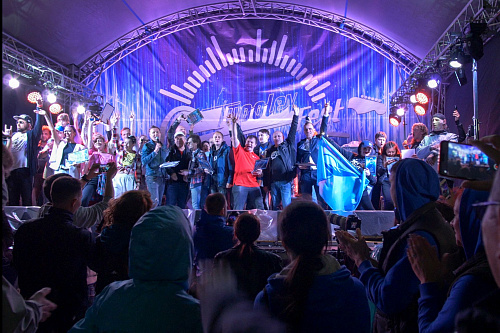 Tupolev PJSC, a part of the United Aircraft Corporation, announces that the third music festival Tupolev Fest is to be held. The event, which unites on-stage performance groups of aircraft building companies from various regions of Russia, took place on August 9, 2019 in Moscow.

Music gala Tupolev Fest was conducted at the premises of Tupolev PJSC in Moscow for the third time. The company hosted the first festival in August 2017 on the occasion of the 95th anniversary of Tupolev Experimental Design Bureau. The project turned out to be a success and a decision was made to hold the festival annually. In 2018 Tupolev Fest united 13 on-stage performance groups and artists, and in 2019 there were 25 participants in the festival. The next Tupolev Fest will take place in summer 2020.