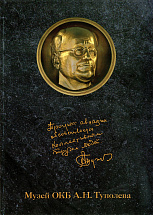 The publication is dedicated to the museum one of the oldest in the history of world aircraft design bureaus - A.N. Tupolev Design Bureau. The book presents the history of creation and development of the museum, as well as its rich exposition that covered the 90-year period of the famous design bureau. Publication is equipped with a rich color photographic material and performed at a high printing level. 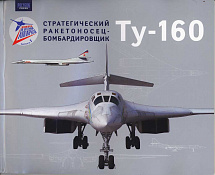 "Famous aircraft" Series publisheв ин "Polygon-press" is dedicated to aircraft, which left an indelible mark on the history of the world in aircraft and helicopter.

The first three issues acquaint the reader with the military's strategic aviation systems developed by JSC "Tupolev", which was in service of the Air Forces of Russia. Issue One is devoted to strategic missile-bomber Tu-160, Issue Two tells  about the far-missile carrying bomber Tu-22M3, issue Three introduces the reader to the strategic missile-carrying aircraft Tu-95MC.
Each edition has a wealth of illustrations and performed at a high level printing. 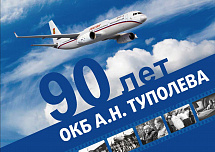 On the anniversary of JSC "Tupolev" "Polygon-press"  published the booklet "90 years of EDB Tupolev ", which presents the history of the creation, establishment and development of Experimental Design Bureau Tupolev, as well as information and rich photographic material on the basic aircraft, developed within its walls.

"Further. Higher. Faster: memories of working in the aviation industry, the technique and its creators" by G.A. Cheremuhin

The book, based on the memoirs of George Alexeyevich Cheremukhin, talks about the history of Tupolev Design Bureau, in which he worked in the years 1942-2009. The book covers the period of establishment of Tupolev long-range strategic bombers (including the carriers of nuclear bombs), unmanned aircraft, aircraft - scouts and submarines, the birth process and the introduction of supersonic passenger Tu-144, a multi-mode intercontinental strategic bombers Tu-160 and mainline passenger jet airliners Tu-204 and Tu-334. The book contains little-known materials on cooperation of EDB Tupolev aircraft manufacturers with foreign firms. Many of the documents and photographs presented in a monograph have been published for the first time. 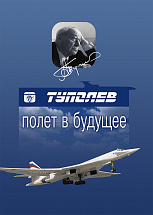 Second and final volume of the monograph "Tupolev: Flight into the Future" offered to  readers is the logical continuation of the first, and is dedicated to the development of modern programs of JSC "Tupolev" in the field of air construction with which it entered the XXI century, as well as some of the most promising directions of its activity in this area. Similar to the first part of the book it contains unique photographs and materials from the archives of "Tupolev", the Museums named after Zhukovsky and Tupolev, memories of EDB workers.